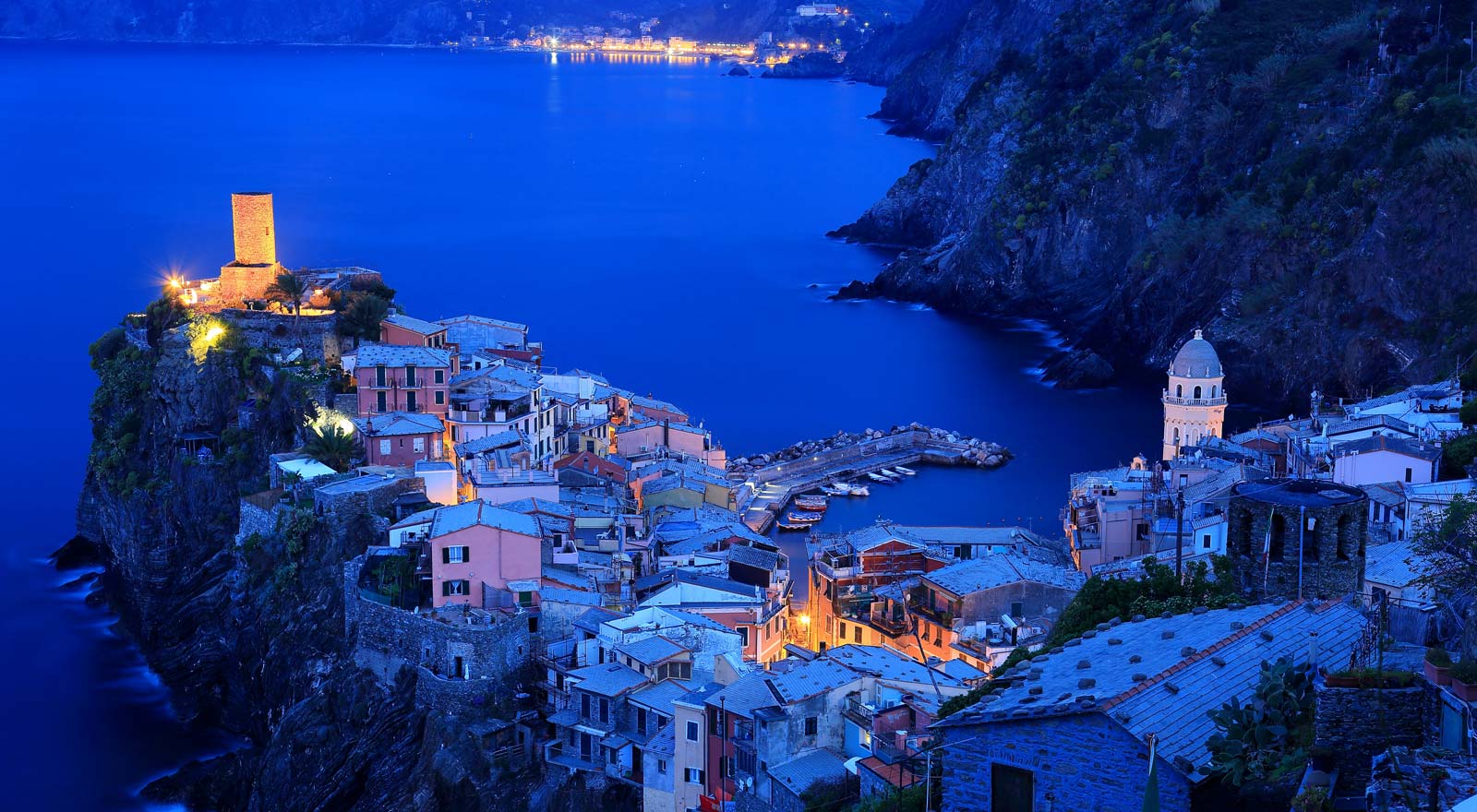 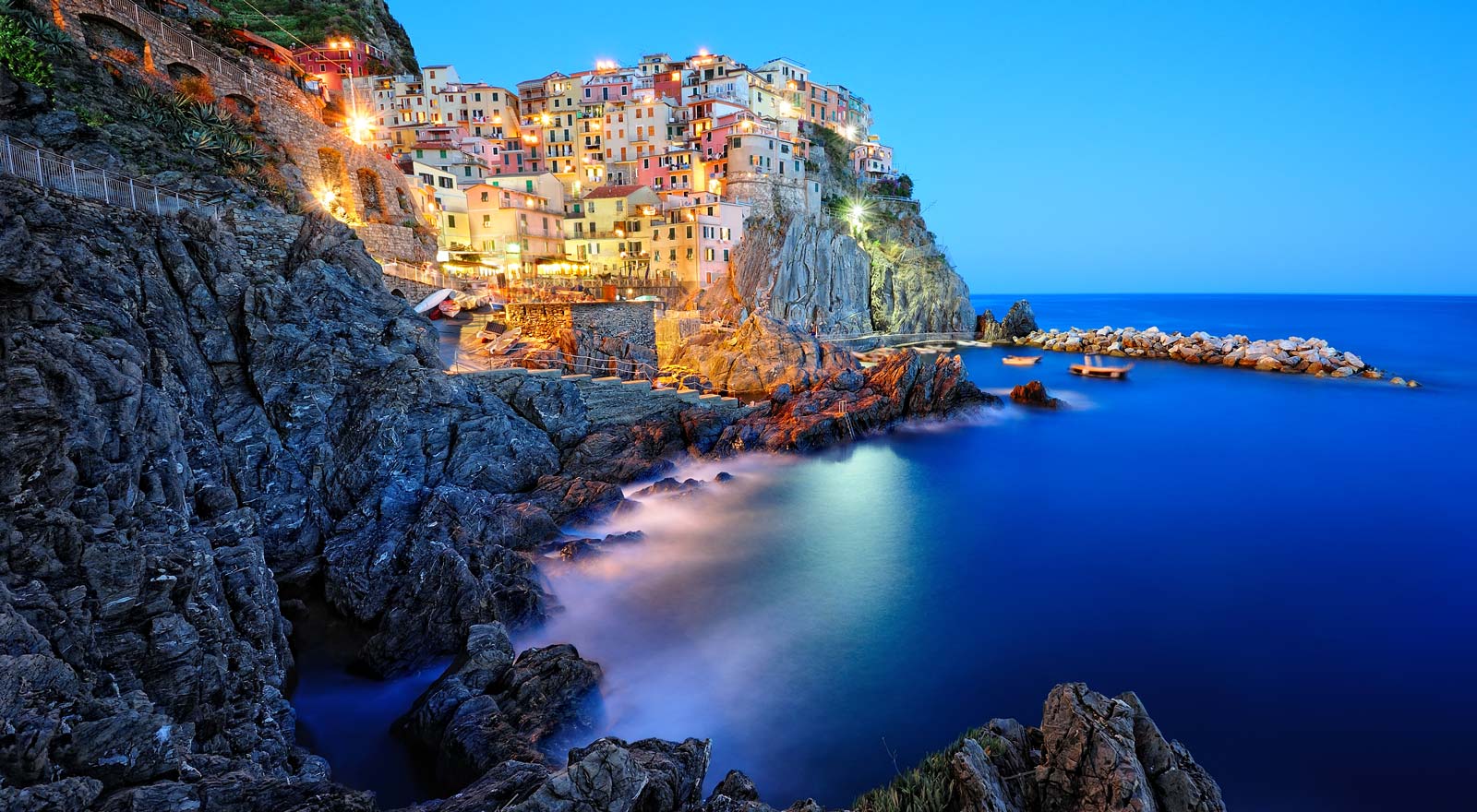 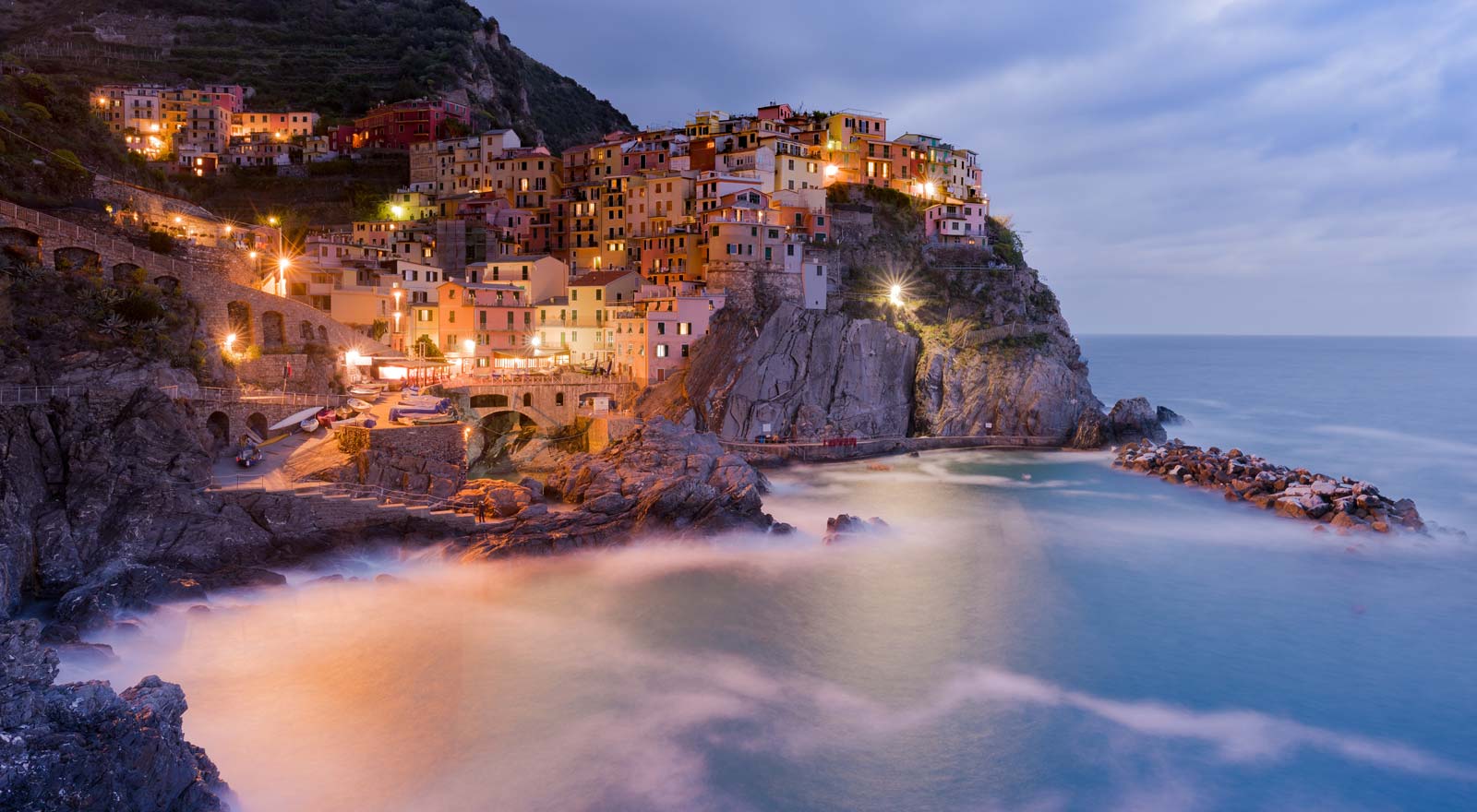 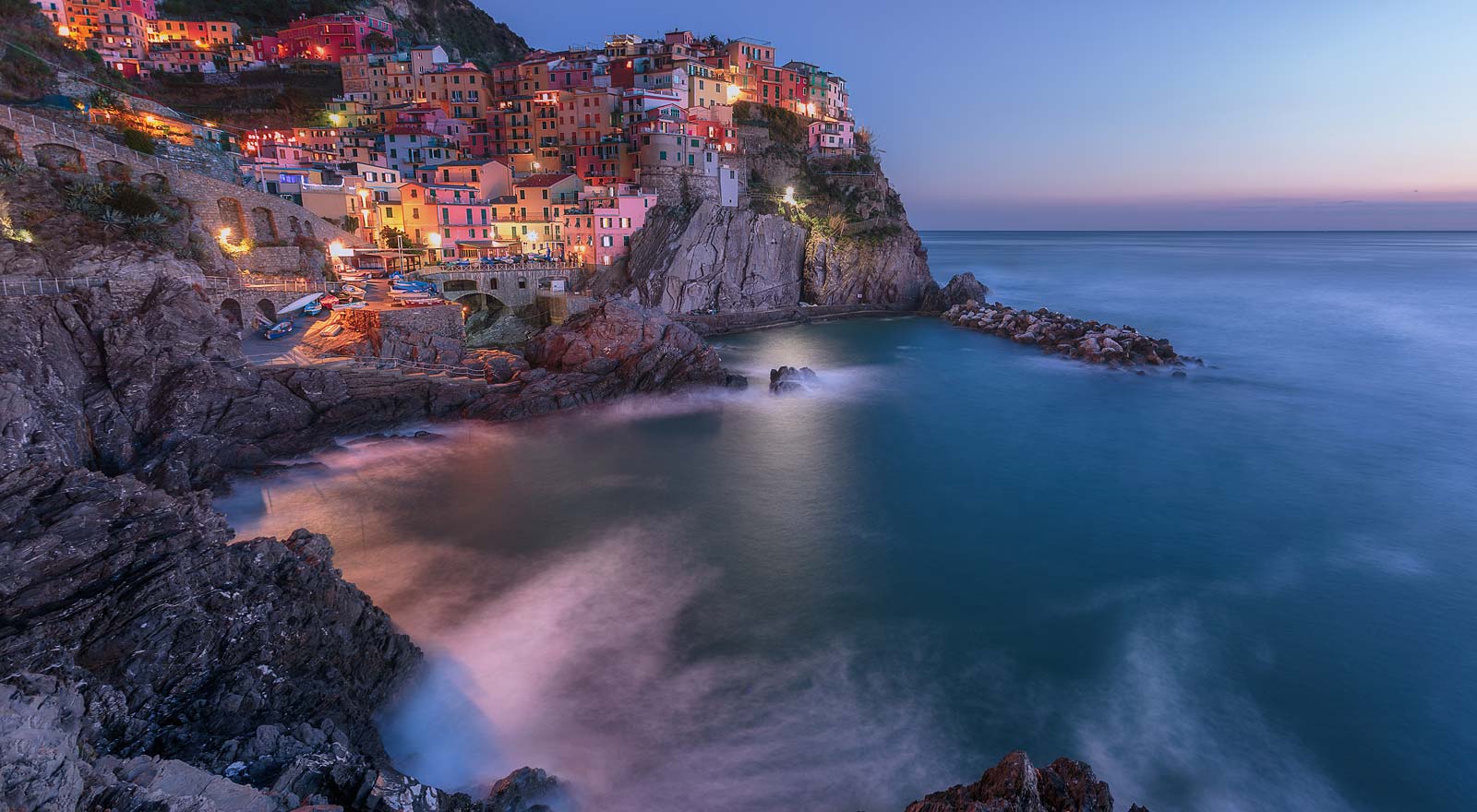 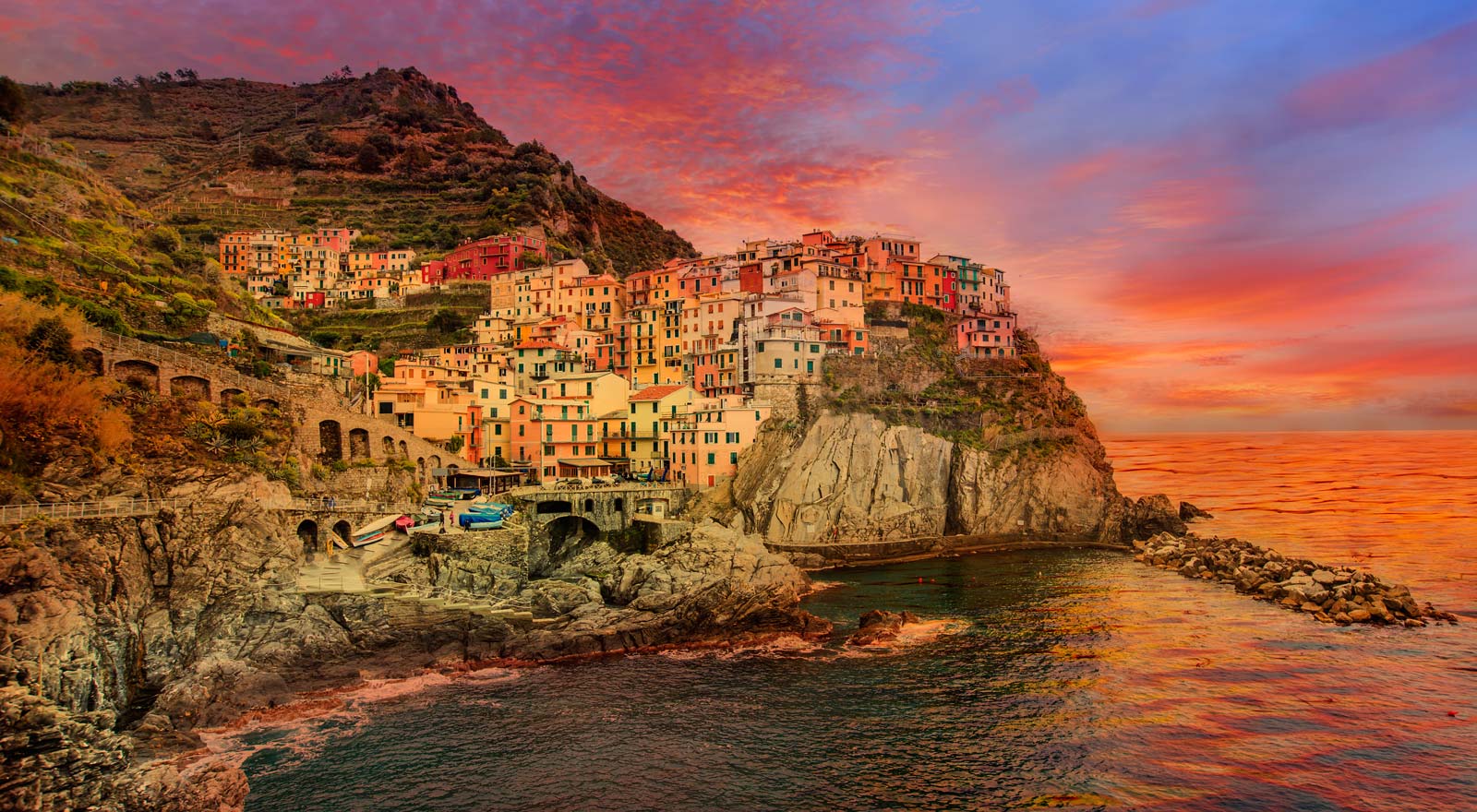 Versilia and the Cinque Terre

The Tyrrhenian coast, amidst nightlife and health benefits

Known all over Italy as the birthplace of night life and entertainment on the Tyrrhenian coast, Versilia also combines cultural aspects and wellness within the municipalities that are part of it. Indeed, we find the most social of all here, Camaiore and Forte dei Marmi, right on the sea and where legendary restaurants, bars and clubs are flanked by thermal bathes and wellness centres, which are particularly blessed by the benefits provided by the salsobromoiodic water and the peat, such as the Terme delle Versilia. Moving further inland we find the towns of Pietrasanta, Seravezza and Stazzema, which feature a particular focus on cultural and naturalistic tourism. Crossing over the border into the Liguria region, we get to the wonderful and delicate world of the Cinque Terre, which has been declared as being a National Park and a UNESCO World Heritage Site. The rugged and uneven character of the area, which fluctuates between rocky cliffs and farmed terraces that descend towards the sea, have given life to small, breathtaking fishing villages.
Monterosso al Mare, Vernazza, Corniglia, Manarola and Riomaggiore are the five gems that make up this small chain, meandering between promontories and the Liguria coast, which has been a landing point ever since the Maritime Republics. Each village has kept its own unique qualities: Monterosso has the largest beaches, thanks to the breadth of the golf that it looks out over; In Vernazza you can try the best bottles of traditional local wine, the Vernaccia, and it is connected to Corniglia via a pathway that winds through peaks and the sea. Corniglia is the only village that does not directly look over the sea. Surrounded by vineyards that are cultivated on the distinctive terraces, it can be reached on foot from the staircase, known as the Lardarina, which is made up of 33 flights with 382 steps. The houses in Manarola, on the other hand, have been built close to one another and look onto the main street, because they sprung up around the waterway that used to cross through the town. In Riomaggiore, however, you will find the typical Genovese tower-houses that follow the steep course of the river. Try this itinerary and discover the Cinque Terre. It is sure to leave you blown away!
Special Offers
See All
Fantastic stay
We stayed at the hotel for a week and used as a base for a wedding and also relaxing. I cannot recommend this more, the staff were so accommodating and hospitable. They went out of their way to help us on a number of levels. From booking hairdresser to giving my friend a lift back to her hotel. Above and beyond what was expected. The food was amazing too, friends staying at other hotels came to eat with us as the truffle pasta was beautiful! The views from the hotel restaurant, decking and pool were beautiful. I'd definately go back.. "
Judith