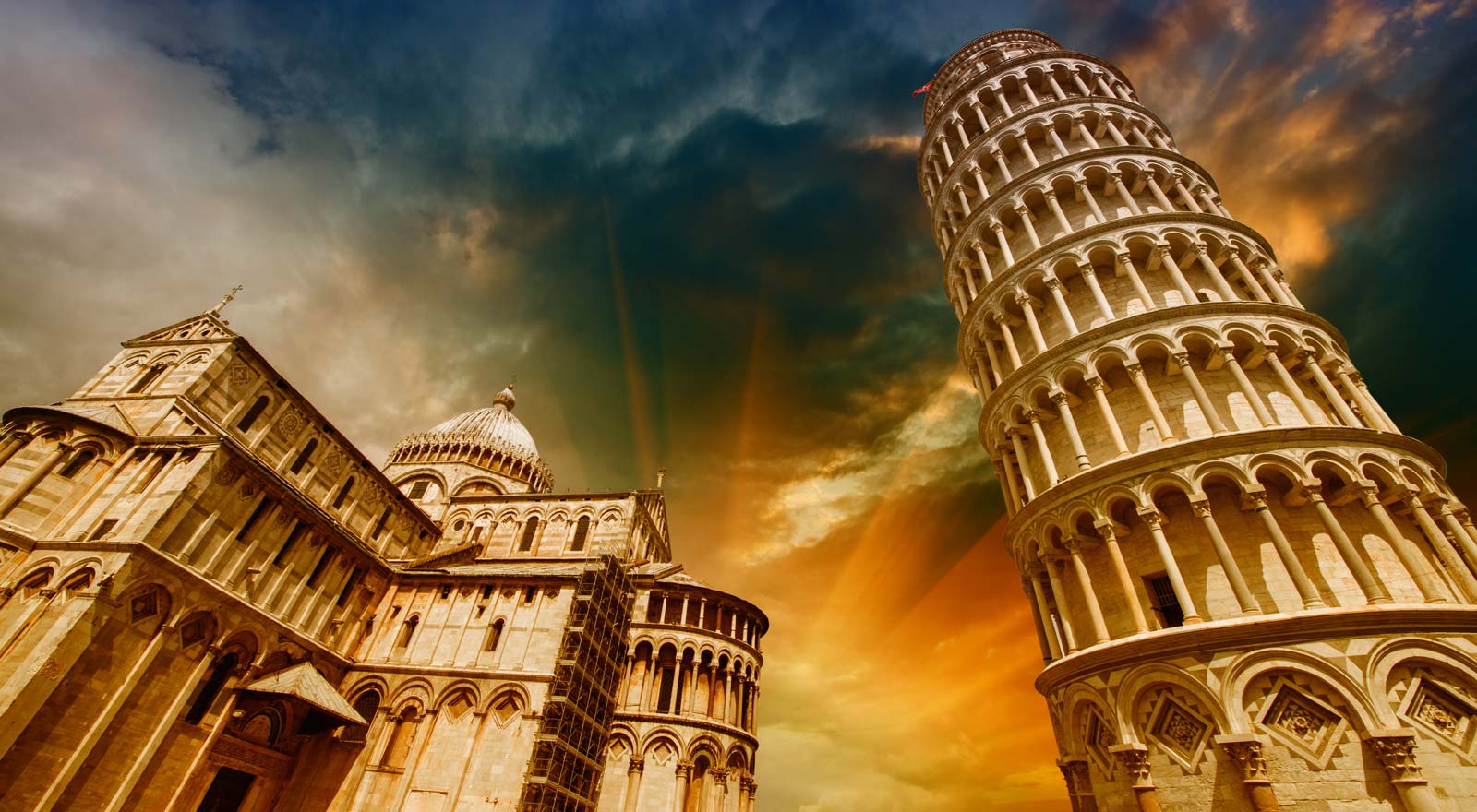 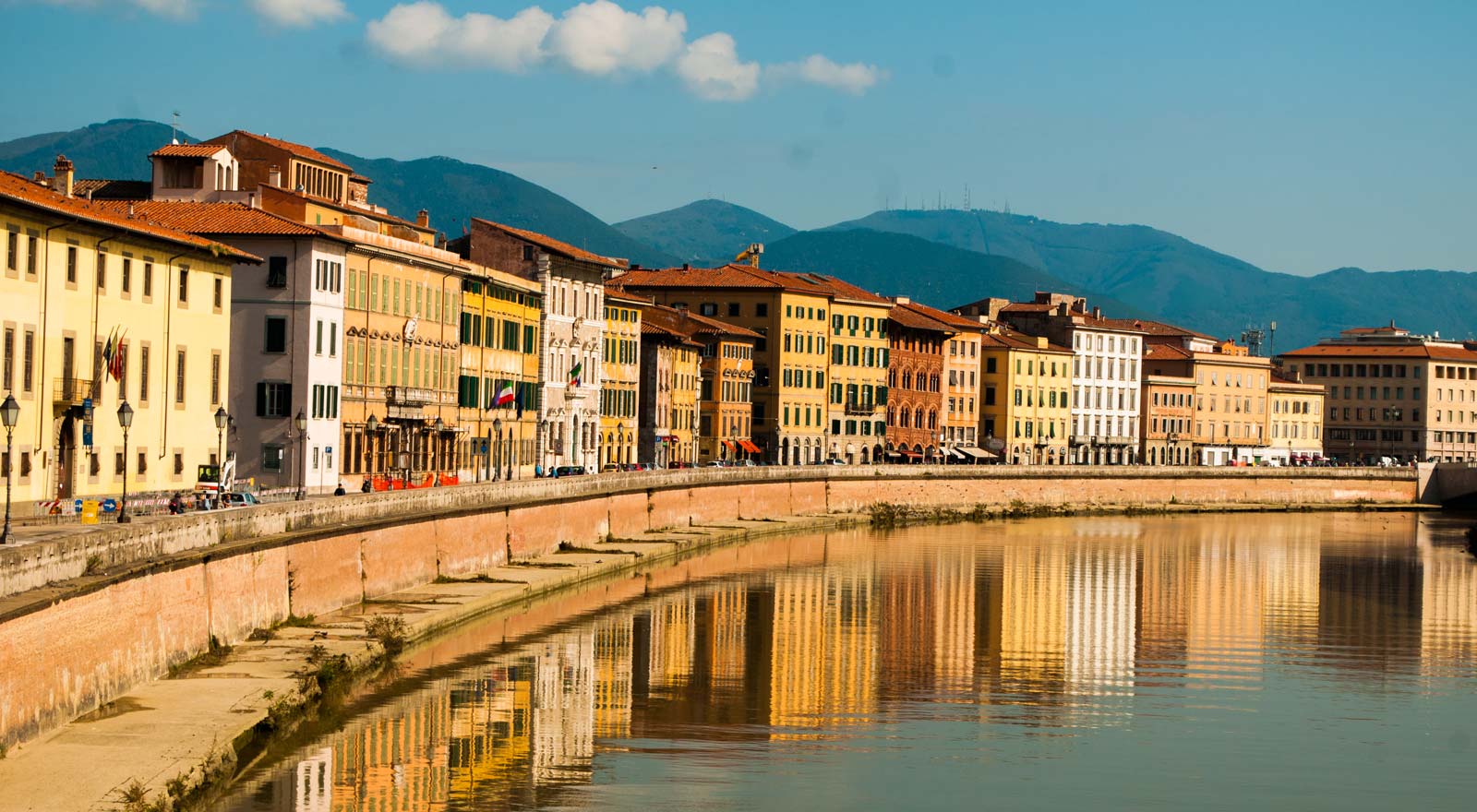 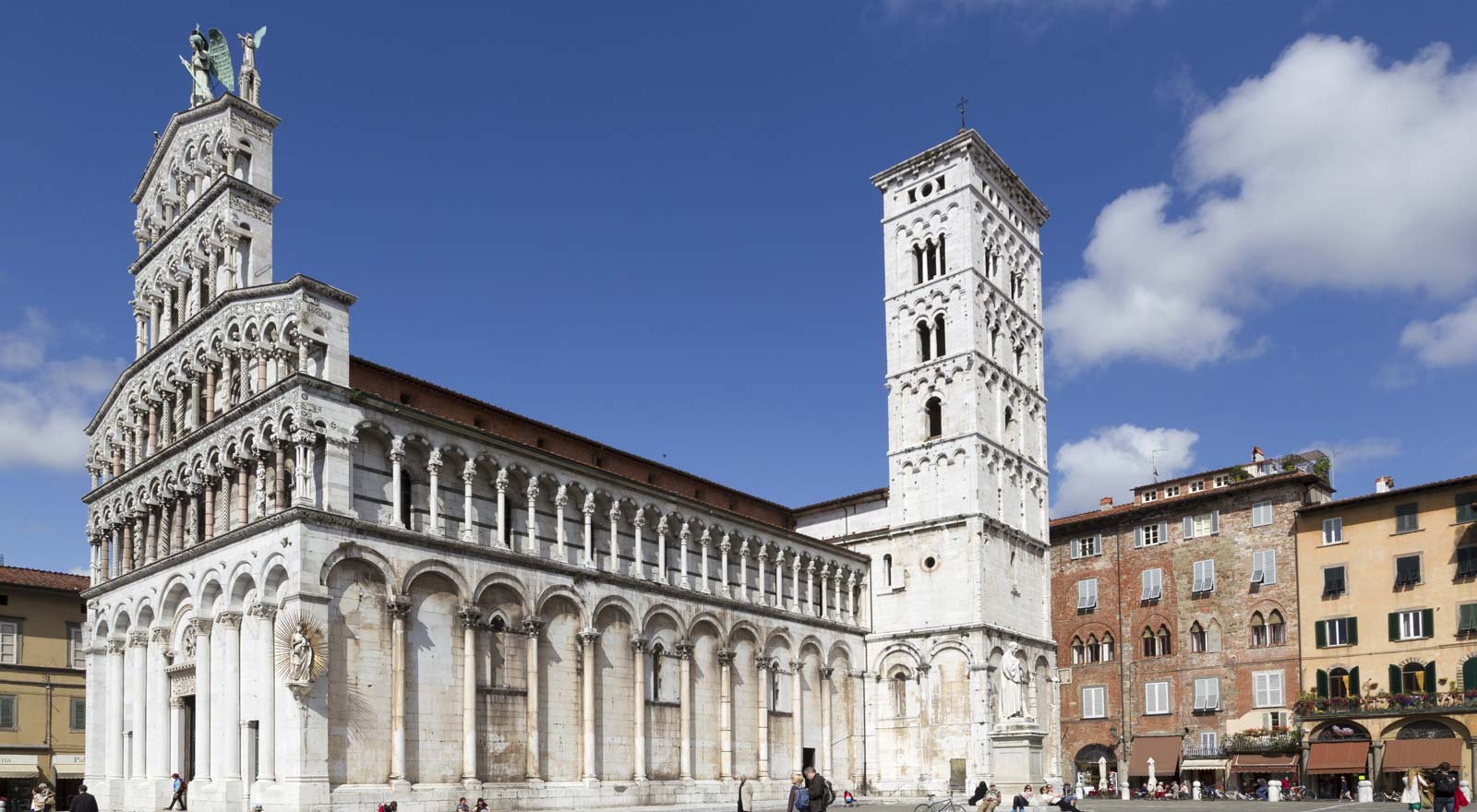 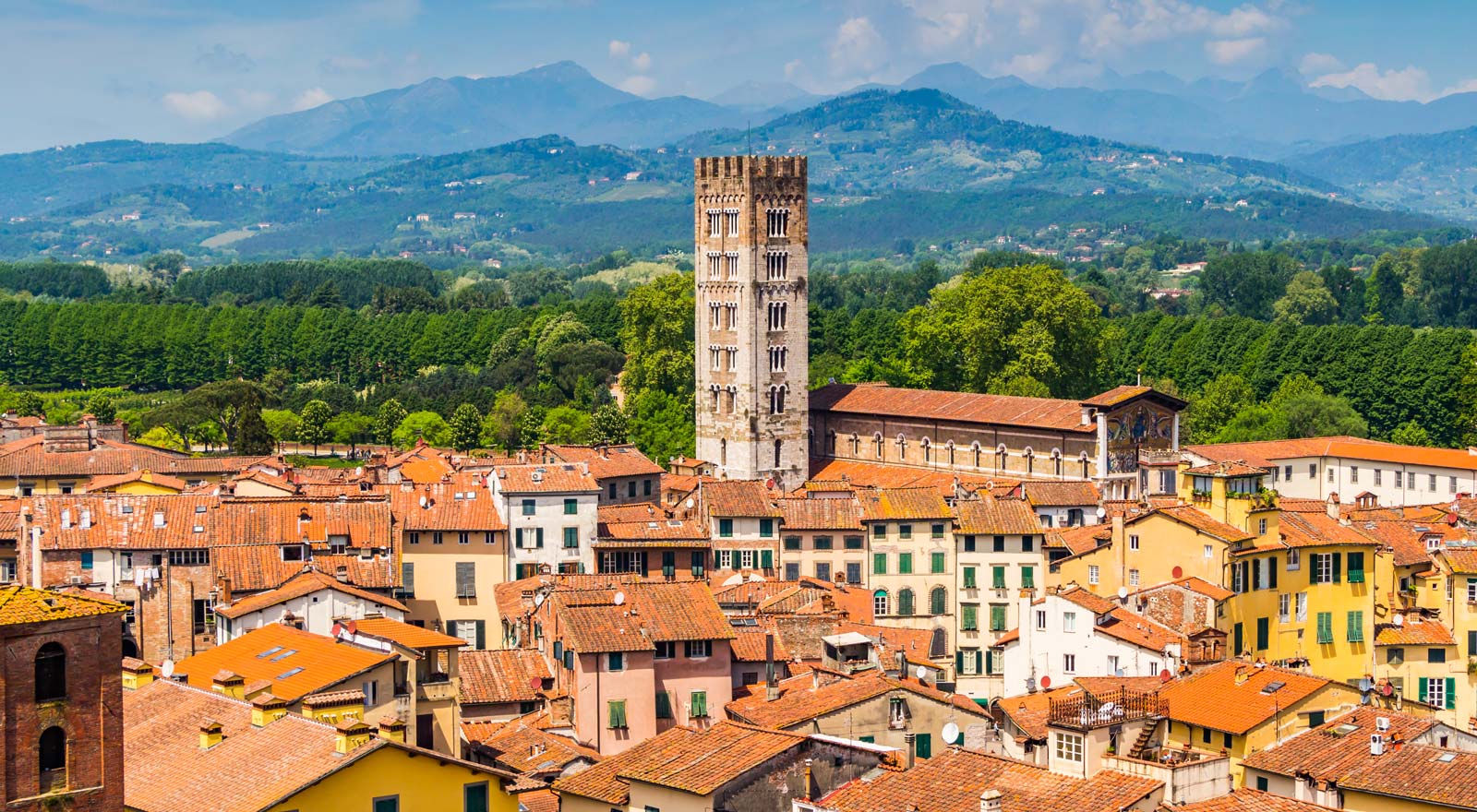 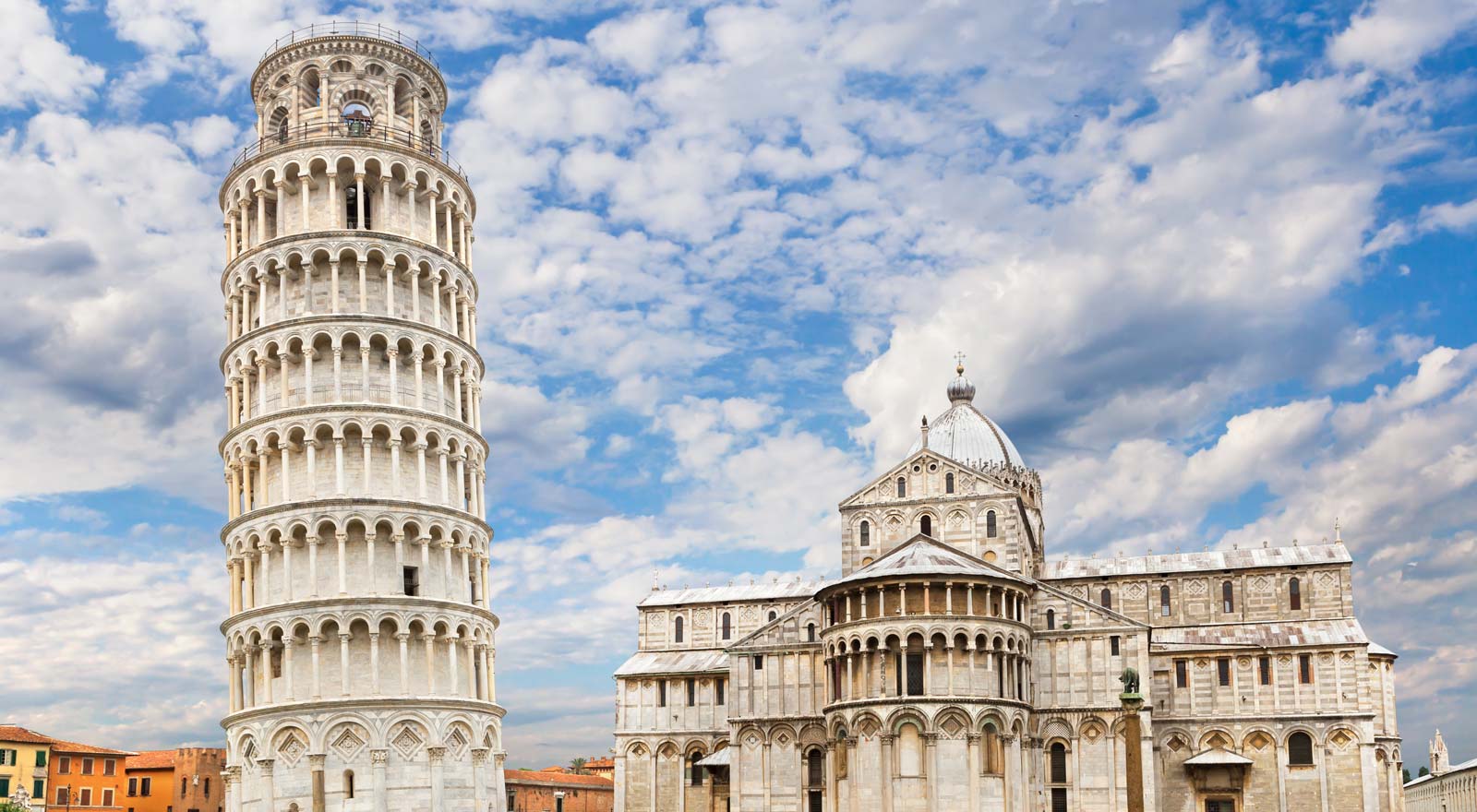 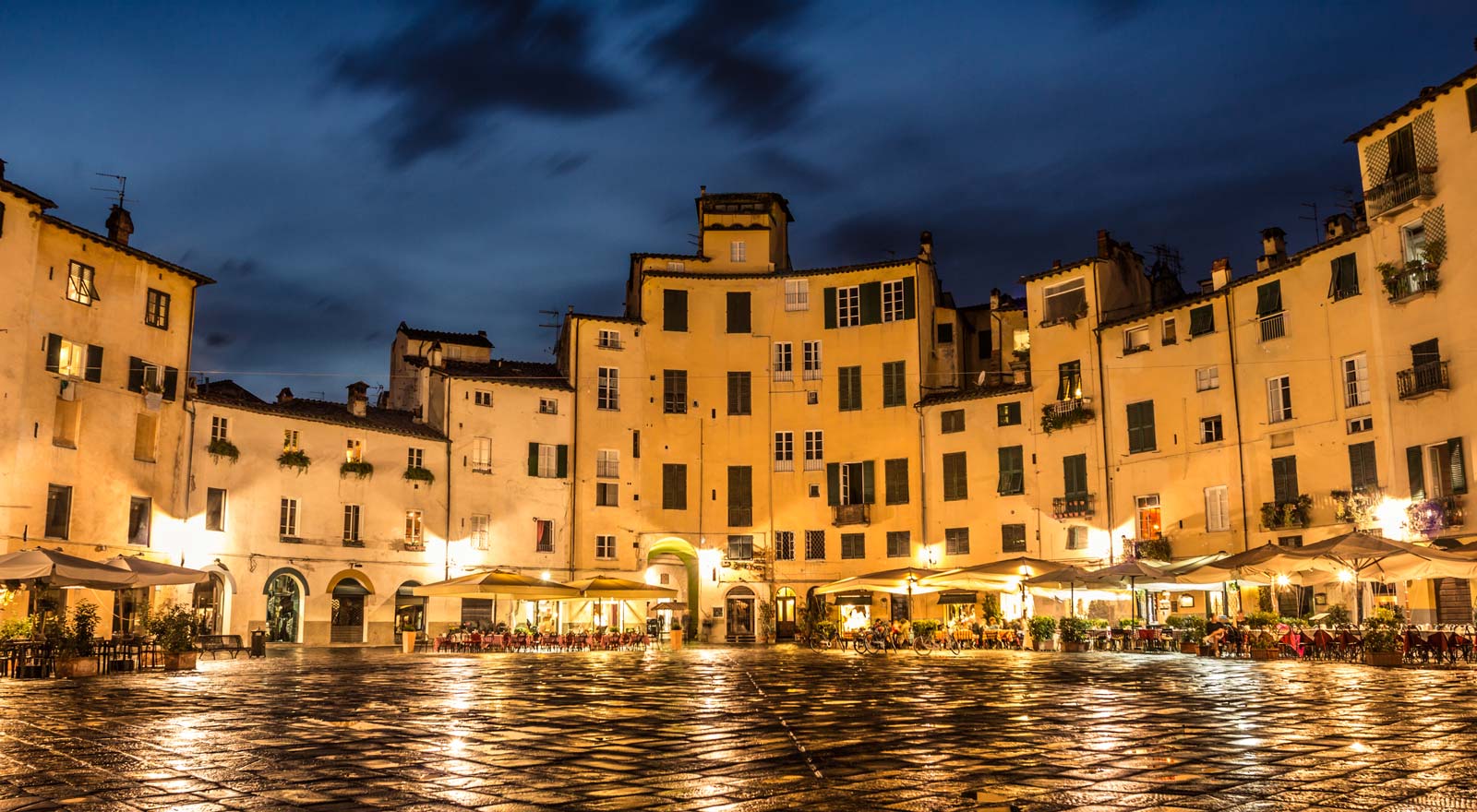 Outings in pursuit of history, art, culture and fun

If you're planning a few excursions to explore the area, there are two destiantions you shouldn't miss out: Pisa and Lucca.

Things to see in Pisa

We could write a thousand things, but in order to give you just a few ideas, we’d like to point out:

The Cathedral of Santa Maria Assunta

Pisa Cathedral is the most important example of Pisan Romanesque Art. Foreseeing the Florentine Renaissance, the architect Buscheto distilled classic tradition with elements of Byzantine, Norman, early Christian and Arab art, thereby creating a new style that was extremely original for those times.

Standing as the largest baptistery in Italy, the Pisa Baptistery completes the monument complex found in the famous Piazza dei Miracoli. It was created by Diotisalvi and has many sculptures created by Nicola Pisano and his son Giovanni. The unusual appearance of the chapel – that alternates between red tiles and sheets of lead – seems to be due to a lack of funds, making the use of different materials obligatory. This also accounts for the absence of frescos on the ceiling, which were, however, envisaged in the original project.

The Leaning Tower of Pisa

The tower is the most famous monument in the city and is known worldwide. It has also been suggested several times as one of the seven wonders of the world. Dating back to the 12th century, the tower leans due to land subsidence, which existed during the initial building works and has been like that ever since. Photos taken in the park in front of the tower are famous. Here, thanks to tricks of perspective, you can get very nice visual results. It is practically an obligatory stop for people about to embark on a tour of Tuscany!

The passing of time has greatly changed the Pisa Lungarni, the embankments that run along the River Arno, yet they have managed to retain all of their medieval charm. The most famous is the one that hosts the Palazzo dei Medici, Palazzo Toscanelli and the Church of San Matteo, which are interspersed with many pubs and restaurants. The width of the embankments makes the centre of Pisa especially airy and picturesque, especially at sunset. If you are nearby during June, be sure not to miss the spectacle of the lungarni lit up by a thousand candles on the 16th of the month for the feast of the city’s patron saint.

Continuing onwards with your perfect tour discovering Tuscany, you will get to Lucca, another important centre for art, culture and wellbeing.

Built in the sixteenth century and still intact today, they stretch over more than 4km and are surrounded by the centuries-old trees that are part of the Urban Park of Lucca, the perfect place for those who love sports, taking walks, having picnics and spending time outdoors, enjoying the view of the city.

This square, as well as the streets that surround it, were built on the ruins of the colossal Roman Amphitheatre that was made up of 52 arches and wide steps and could hold up to ten thousand spectators, which was destroyed during Barbarian invasions. It remained virtually unused for centuries, or only as a quarry for building materials, and was subsequently brought back into use as a site for dwellings that were created on the perimeter of the circular structure of the amphitheatre.

If you want to add a bit of pampering and relaxation to your culture, you should know that Lucca is also known for its thermal baths of Sette Bagni di Lucca, the Seven Bathes of Lucca. The main one, which is still open today, is near Bagni Caldi, at the “Jean Varraud” centre and Casa Boccella. A folk legend says that the thermal activity is due to the presence of an underground volcano.
Special Offers
See All
Fantastic stay
We stayed at the hotel for a week and used as a base for a wedding and also relaxing. I cannot recommend this more, the staff were so accommodating and hospitable. They went out of their way to help us on a number of levels. From booking hairdresser to giving my friend a lift back to her hotel. Above and beyond what was expected. The food was amazing too, friends staying at other hotels came to eat with us as the truffle pasta was beautiful! The views from the hotel restaurant, decking and pool were beautiful. I'd definately go back.. "
Judith